On Poetry and Collecting

This series of brief essays links Ashbery’s poems to collections in the Hudson house.  Each short piece focuses on a specific poem and object or collection and shares their interrelated histories.  Together, this series of mini-essays demonstrates Ashbery’s collecting instincts and how deeply his process of learning about things infiltrates his poetic imagination.

On Ashbery and Japanese Poetry 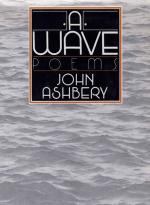 “37 Haiku” and “Haibun,” both from A Wave (1984) offer remarkable language through which to read Ashbery’s collection of Hiroshige and Hokusai images.

On Ashbery and Japanese Art

Ashbery began collecting Hiroshige and Hokusai images in 1961, shortly after reviewing a Hokusai exhibit in Paris and observing that “[a]rtists of today would do well to study the innovations of Hokusai.”

On Two Sodus Poems: “Syringa” and “Iphigenia in Sodus”

Two related poems, written thirty years apart, that together suggest the power of objects to provoke memory and spur imagination.