The Project Staff team listed below consists of a collaboration among scholars, designers, photographers, and coders from the Yale University Digital Humanities Lab, Yale ITS, and VRH who have worked closely together for over a year to create a scholarly website centered around a dynamic virtual reality tour of John Ashbery’s Hudson House and its collections. 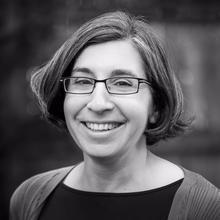 Karin Roﬀman has recently published the first biography of John Ashbery, The Songs We Know Best: John Ashbery’s Early Life (FSG, 2017), which was named one of the 100 notable books for 2017 by the New York Times.  She is currently at work on a full biography, a project which began when she discovered Ashbery’s juvenilia and childhood diaries and many other original documents while doing research in the Hudson house.  She met John Ashbery and first saw his home when she was teaching his poetry and art criticism at Bard College in 2005.  Beginning in 2007, she interviewed Ashbery extensively on the provenance of objects in the house, his fascination with architecture, and his long life as a collector and she subsequently gave talks and published several essays on the relationship between his poetry and collecting, research supported by an NEH summer stipend (2009) and two ACLS fellowship (2011-12, 2017-18). She has published articles in Raritan, Modern Fiction Studies, Artforum, Rain Taxi, Yale Review and others.  Her ﬁrst book, From the Modernist Annex: American Women Writers in Museums and Libraries (2010) won the University of Alabama Press’s American Literature Elizabeth Agee Manuscript Prize and subsequent publication.  Currently a senior lecturer in Humanities, English and American Studies at Yale University, and the Associate Director of Public Humanities she has previously taught at West Point and Bard College. 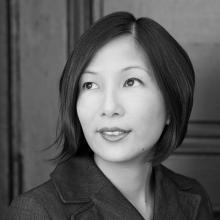 Monica currently serves as the User Experience Designer at the Yale Digital Humanities Lab, where she brings her background in art direction, digital media, and poetry to the design of John Ashbery’s Nest. Her roles on the project include UX researcher, visual designer, project manager, digital content producer, and voice over person.

An MFA graduate in Digital Media from the Rhode Island School of Design, Monica Ong Reed first came to Yale University as the designer for the School of Music (2007-2015), and was nominated for a Webby Award in 2014. Also a Kundiman poetry fellow, Monica’s debut collection, Silent Anatomies (2015), was selected by Joy Harjo as winner of the Kore Press First Book Award. 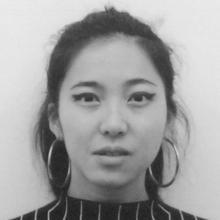 Liyan Zhao is an MFA candidate at the Yale School of Art, working primarily in web and new media. In addition to many other responsibilities, she assisted in the image post-production and datasets used to build the visual timelines for Ashbery’s publications and the history of the Hudson house.

VRH Solutions Inc. is responsible for the VR photography and development of the immersive 360° tour of John Ashbery’s Hudson house, as well as visual documentation of the poet’s art and collections. 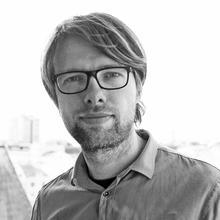 Ninoslav is VR photographer and full-stack developer, working in VR filed since 2005. He has been involved in over 100 VR projects for clients that include IBM, NCR, Boeing Business Jets, Elle Decor, Ralph Lauren Home, Mercedes F1, BBC and many more.

Ninoslav has been engaged by Yale’s Digital Humanities Lab and led the development of the Ashbery’s Nest virtual tour, integration of CMS system as well as 360 image postproduction. 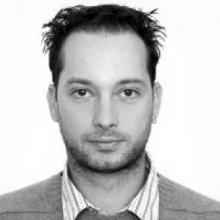 Co-Founder of VRH Solutions Inc., an innovative company that specializes in creating high quality immersive imagery for web sites and digital media. Over the past decade VRH Solutions has been successfully applying the latest technologies in order to create life-like experiences for users.

The YaleSites Team provided development for the Drupal website that hosts John Ashbery’s Nest as well as site-wide user testing. They worked closely with the Yale DHLab and VRH Solutions to build a content management system (CMS) that integrates seamlessly with the virtual reality experience and serves as an online repository of scholarly writing on John Ashbery and the Hudson house. 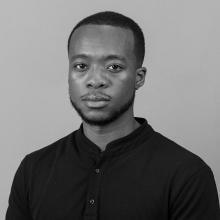 J’Vaughn Johnson is a Drupal Site Builder on the YaleSites team within Campus Community Technologies, a division of Yale ITS. In his role, he collaborates on the development of site builds, focusing on creating content models for structured content.

J’Vaughn was involved in the site building and content structuring process of the Drupal website for the John Ashbery Nest project. He worked closely with the designer and front-end developer to ensure all requirements were understood and captured in the development of the site. 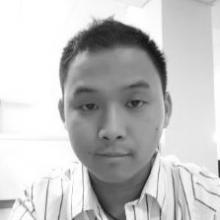 Chao Hang Lu is front-end Drupal Developer on the YaleSites team within Campus Community Technologies, a division of Yale ITS. He has been involved with many site builds and is the lead visual and front-end developer.

Chao was involved in the visual build of the Drupal website for the John Ashbery website. He worked closely with the designer and site builder and also ensured the site was responsive on mobile. 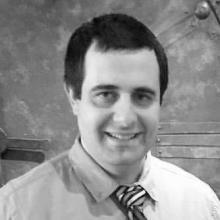 Harry Shyket is a Developer in on the Mobile and Web Application Team within Campus Community Technologies, a division of Yale ITS. He has been at Yale since 2009, previously with the Peabody Museum. He has worked with a variety of technologies to develop websites, web applications and interactive kiosks.

Harry’s contributions to the John Ashbery’s Nest project include developing the XML feed from the Drupal website to the virtual reality experience. He also helped in the development of content structuring and the display of poetry. 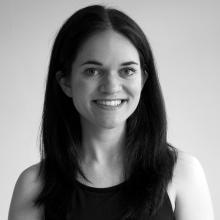 Julie Ramaccia is the Community Liaison on the YaleSites team within Campus Community Technologies, a division of Yale ITS. In her role, she leads the development of numerous site builds, while managing client communication and coordinating technical projects.

Julie served as project manager for the Drupal CMS implementation of the John Ashbery Nest project. She led intake of the project’s CMS requirements, the creation and prioritization of a development plan, and communication. She ensured the project was on track for completion, in line with the visual designs and coordinated usability testing sessions. She is excited to see this site come to fruition and hopes that site visitors can better appreciate and learn about the amazing work, collections and life of John Ashbery.

Special thanks to the following people for their contribution of research, media, and archival materials. 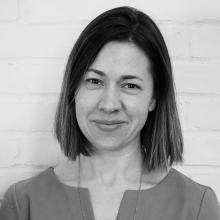 Jennifer Carlquist is a design historian who explores the complex relationships among everyday people and the things they choose to make, acquire, and/or save.  As Curator of Boscobel House and Gardens in Garrison, New York she has organized Make-Dos: Curiously Repaired Antiques (2017) and the award-winning Hudson Hewn: New York Furniture Now (2016).  Carlquist also teaches the history of architecture, decorative arts, and museums as Adjunct Professor at SUNY New Paltz, and in her spare time is writing a monograph on antiquarian-designer Nancy McClelland (1876-1959). Her research on the Hudson house contractor, Henry S. Moul, is featured in the “Builder Specifications: An Image Gallery” in the Hudson House section on “Architectural Documents.”